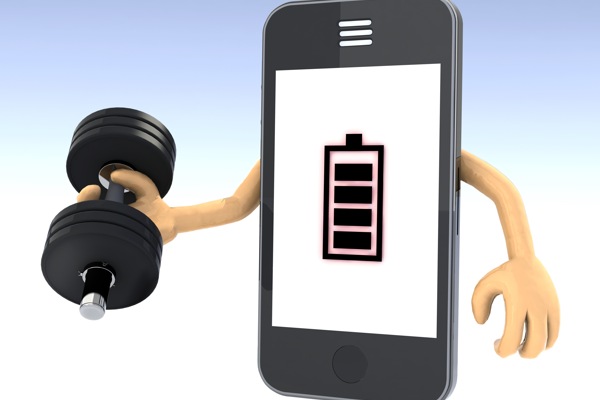 August 21 2015
Your cell phone battery only has a certain number of discharges in it – but this isn’t a static number. The better care you take of your battery, the longer it will last. We’ve all been there: our batteries are no longer holding a charge as long as they once did, and recharging seems to take longer than ever before. Your battery doesn’t have to go kaput after a year. Here are five practical ways you can increase the lifespan of your cell phone battery.

The idea that your phone remembers how often or how long you discharged your battery is a myth. However, draining them too frequently will significantly diminish their overall lifespan. Experts agree that you should stick between 40 – 80% power when possible.

At Battery Bob we see it all the time: customers who leave their phones plugged in as a default. If they’re not on the go, their phones are plugged in. While this may make you feel that you’re ahead of the game, that your phone will always be ready for use no matter when you leave, the reality is that this overcharging could be a key culprit in your cell phone battery not lasting as long as it should.

3. Do a full discharge once a month

Having your batteries constantly stored in hot temperatures can do more than anything else to diminish battery power. While it can’t be helped at times, you can take steps to keep your phone in a cooler room in your home or avoid leaving it in a hot car.

5. Don’t use your phone for everything

Our phones have so many functions these days that it’s tempting to turn to them as our default. However, getting a watch and stocking up on watch batteries can prevent you from having to constantly turn your phone on just to check the time. This is just one example of ways you can break the habit of using your phone for everything.
Back to Blogs Index

Julz - TCdZ6c34miFC
That is an Izip/Curr (11/25/2015 4:10:00 PM)
That is an Izip/Currie ebike with SLA beeratits.YES, you can ride the ebike with the beeratits in and turned off, and also with the beeratits removed as a regular bike.BE advised that the gearing on the ebike is anticipating a little more power than a normal person delivers and is not geared as low as a typical normal bike.so hill climbing is going to be rough, but going on the flat is just fine.When I had an SLA ebike, I frequently pedaled with the power off.

Chloe - dQVjuQQtYtf
From a past report t (11/26/2015 10:53:00 AM)
From a past report that I read, they use <a href="http://bprkvfvmgpu.com">evenythirg</a> that they can on the car to produce that electricity. The brakes, the axle rotations, <a href="http://bprkvfvmgpu.com">evenythirg</a> that has the potential to produce elec. power is harnassed.

Wulan - 37BegKWbUzy4
First off thank you (11/26/2015 5:13:00 PM)
First off thank you very much! My parcel arvired this morning and I already have all sorts of ideas in my head about what to do with the goodies (although I'm wishing I'd ordered a swatch book too!)Have a wonderful rest and I can't wait to see what loveliness you have in the pipeline...xxxps.sorry if this appeared twice, blogger confused me :$ http://aqlvuset.com [url=http://brayrpddbz.com]brayrpddbz[/url] [link=http://negoox.com]negoox[/link]

Mahadev - Wv8DtB3w
First off thank you (11/28/2015 4:16:00 AM)
First off thank you very much! My parcel<a href="http://ogfiqvclfe.com"> avierrd</a> this morning and I already have all sorts of ideas in my head about what to do with the goodies (although I'm wishing I'd ordered a swatch book too!)Have a wonderful rest and I can't wait to see what loveliness you have in the pipeline...xxxps.sorry if this appeared twice, blogger confused me :$

Syed - efdW8qci2iE
I'm hoping to o (11/30/2015 10:21:00 PM)
I'm hoping to out for a while later in the evnieng to say g'day. I've also been doing a bit of a clean-out of the garage and have a bunch of gear to sell (and some to give away). I'll bring it out with me if I manage to get there.Scott http://qkfeiq.com [url=http://lbpueotpyaq.com]lbpueotpyaq[/url] [link=http://jxuynmuzvn.com]jxuynmuzvn[/link]

David - QiTvPKt1J
Leave a comment
Back to Blogs Index

Not a rechargeable battery. Ships UPS Ground only to USA address.