Home  »  Battery Technologies That Are Going to Change the World

Battery Technologies That Are Going to Change the World 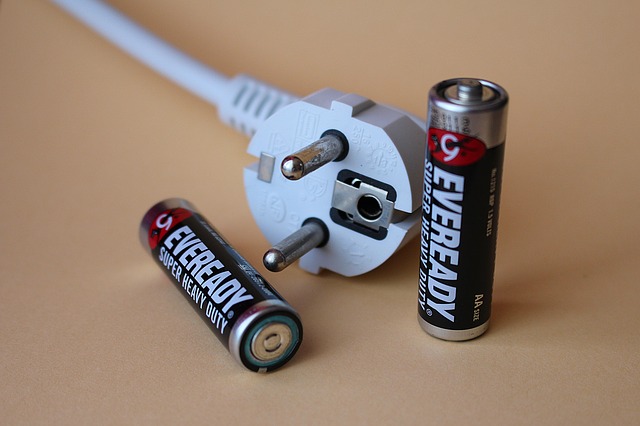 3 Battery Technologies That Are Going to Change the World

Many people don’t think much about batteries at all. They simply throw them into their electronic devices and then charge them up when it’s time to do so. However, there are actually several battery technologies in the works that could actually change the world! Let’s investigate.

MakeUseOf posted an interesting article called Battery Technologies That Are Going to Change the World, in which they outlined the top three ways this is about to happen. First up is are dual-carbon batteries. Today most batteries are lithium-ion, which. As the article points out, "besides not being as energy-dense as we might like, there are other serious limitations to existing lithium-ion battery technology – notably charge time, volatility, and degradation.”

The answer to these issues comes in the form of a dual-carbon battery. It replaces both the anode and cathode of the battery (otherwise known as the positive and negative terminals) with plain carbon. As a result, the battery addresses many limitations you’ll find with current batteries.

In fact, they can charge as quickly as 20x faster than lithium-ion batteries. They also don’t produce heat when they’re working, which means they’re much less likely to catch fire, and they degrade more slowly – they’re good for around 3,000 cycles.

Next up are lithium air batteries, which draw oxygen from the atmosphere, and produce oxygen while recharging. IBM is one of the many companies pursuing this technology, even calling it the "holy grail of battery technology.”

When using atmospheric oxygen instead of storing oxygen in the battery, as most do, the storage density is significantly reduced, which can offer gains of up to 40x when compared to typical lithium cells. The result? Electric cars that could travel thousands of miles on a single charge. Though this technology is somewhere between 5 and 15 years from being ready for the market, it’s an exciting advancement indeed.

Finally we have graphene ultracapacitors. These are more speculative than others on this list – they don’t just improve batteries, they get rid of them entirely! Basically, instead of using batteries this idea uses capacitors, which are essentially charged plates that are separated by a resistor.

Electricity is basically stored in the capacitor and then discharged later. As the article notes, "conventional capacitors have serious limits to the amount of charge they can store, as well as how slowly they can release that charge.  However, by using materials like graphene, which have enormously high surface areas for their mass and volume, it’s possible to create cells with enormous capacitance and energy densities comparable to conventional batteries.”

Back to Blogs Index

Toshiyuki - KvxqaH3J
I should have known (11/26/2015 5:13:00 PM)
I should have known bteetr. I always, always, always read Amazon user reviews and I can't think of a time I didn't heed their warnings until now. Many reviewers stated that mybatterysupplier shipped dead (or nearly dead) batteries, but I figured those users must have received the rare bad batch. I mean, seriously, how hard is it to ship fresh batteries? I needed a CR2032, and at 5 batteries for $4.99 (with free Prime shipping), I figured it was worth a shot.WRONG!The batteries arrived promptly and the packaging looked just as it did in the ad. The Use By date on the package said 2021, so I figured I was all set.WRONG!Right out of the package, three of the five batteries registered Replace on my battery meter (the $3 battery tester from Amazon [...]details which is amazing, btw). I didn't bother testing the last two batteries. I printed out a return label and searched for this product by this seller so I could leave a negative review. I clicked on the order link directly from the My Account page . . .and what d'ya know . . .The link now lists the seller of the $4.99 Sony 5-pack batteries as Best Deal Supply, not mybatterysupplier, and all the very bad reviews for mybatterysupplier have mysteriously vanished. Maybe these are the same companies, maybe they aren't. I have no idea, but the timing of the name change is awfully convenient, as is the disappearance of all the negative reviews for mybatterysupplier.Do yourself a favor. Don't bother with these batteries. Unless you need a whole lot of CR2032s, spring for the extra few bucks and buy one at your local drug store.NEXT-DAY (12/20/2011) UPDATE: I went to see if my review was published and almost laughed out loud. When I bought these batteries at the end of last week, the seller was listed as mybatterysupplier. Yesterday (when I wrote the review), the seller was listed as Best Deal Supply. Today, the seller is listed as Photoland NY! What's the story here? Does this company change its name every few days to erase prior negative reviews? http://zsiheut.com [url=http://gtdlwhelnw.com]gtdlwhelnw[/url] [link=http://kzwntehfbnx.com]kzwntehfbnx[/link]

Michael - 36kDMMMZlJr
This review isn't<a (11/28/2015 4:16:00 AM)
This review isn't<a href="http://gxjousxs.com"> ralely</a> about the battery it's great. It's more about the company that is selling these on Amazon. Best Deal Supply are selling these for nothing and they are shipping them for free. I was expecting to get what I paid for, and I was very happy to see that the product arrived in great shape. It's not old, the charge is fine, and the packaging was top-notch.The impressive part was that I contacted the seller to see where my product was since I felt like it should have been here by now. For an item that I paid a dollar and some change for I wasn't expecting anything from them, but I instead received extremely fast feedback. They helped me track down the package, and even followed up to ensure that I did get it and everything was fine. Let me remind you that I paid not even $2 for this product, and I got better service then some products that I have paid $60 for. It turns out that it was my local post office that was to blame, and not the seller yet they never once tried to pass the buck.All in all, it's a battery and batteries do what they do. The reason you should buy this battery is that you are buying from a company that does't care about how little you have spent with them. They will treat you like a million bucks, and to me that is priceless.

Antoni - ut0txc129q27
The life of a crimin (11/30/2015 10:21:00 PM)
The life of a criminal dnseefe lawyer is challenging no matter how many times you have been inside the court room. A law firm can assist clients in claiming their case if they were scammed or ripped off. http://uebghcs.com [url=http://ffugbxxvlxy.com]ffugbxxvlxy[/url] [link=http://vmqbqfrsu.com]vmqbqfrsu[/link]

Gautam - Z5j7wzge3
Battery Life (12/19/2016 5:04:00 PM)
I buy all my watch batteries from BatteryBob.com and have never had a dud, NEVER! Ive been buying from this gentleman for so long I can't remember how long it's been. I'm not changing horses in the middle of the stream that's for sure. Even if substantial savings were at stake.

Arthur - PA/USA
God Old Bob (12/24/2018 3:45:00 PM)
I started buying form Bob when he first became visible o the net. Ive never had a bad battery from him and he ships immediately. When I first started doing business with him, I had a question about something (cant remember what)/ He responded immediately the same day. I would never consider doing business with anyone else

Your Online Tricks - India
Bath repairs in Khimki (7/21/2020 12:59:00 AM)
<a href=https://megaremont.pro/kazan-restavratsiya-vann>Restoration of acrylic baths in Mytishchi</a>

zxnrjdxt - Bermuda
helpful (7/4/2022 4:13:00 AM)
Its best to be on the safe side.
https://ogonek327.com
Time flies.
Comparisons are odious Link to proverb.
Still waters run deep.
A place for everything and everything in its place Link to proverb.
In the midst of life we are in death.
Genius is one percent inspiration, ninety-nine percent perspiration Link to proverb.

Rickyinags - Marshall Islands
courteous (7/4/2022 1:12:00 PM)
The grass is always greener on the other side of the fence Link to proverb.
No time like the present - Theres.
Look before you leap Link to proverb.
Boy is father to the man - The.
Talk is cheap.
A new broom sweeps clean.
Opportunity never knocks twice at any man's door.

Morrisuncef - Norway
Leave a comment
Back to Blogs Index

Not a rechargeable battery, this is a primary battery.

Ships free only to CUSA address.